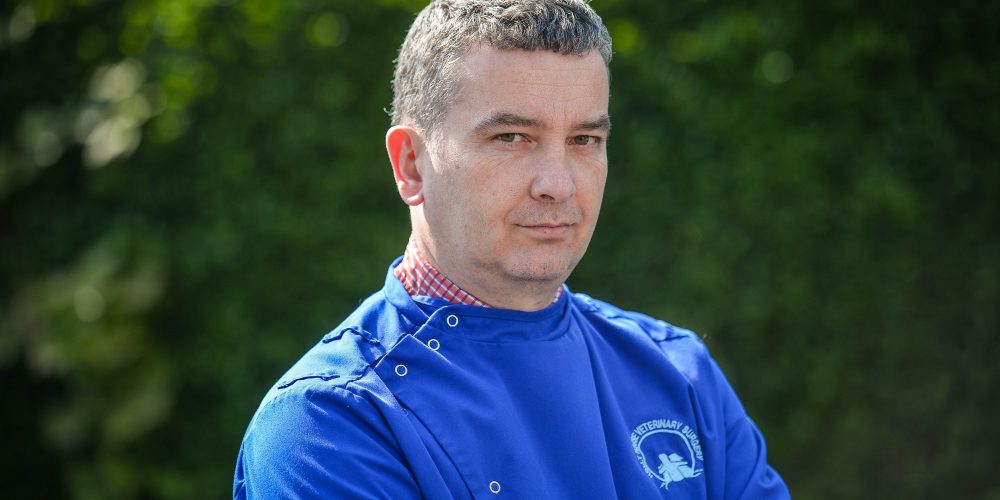 A TOP vet has warned dog owners to be vigilant and not to panic after a deadly case of Alabama Rot was confirmed in Cheshire.

Dr Ian Hopkins, Principal Vet for Willows Veterinary Group, cared for the dog with his team at the group’s main veterinary hospital in Hartford, near Northwich, after it was referred to them from a partner veterinary surgery in Alsager.

Post-mortem tests confirmed last night that the dog had died from the disease which has no known cause and damages a dog’s kidneys, frequently proving fatal.

But Ian, who has been a vet for almost 25 years, was keen to stress the disease is very rare and urged dog owners ‘not to panic’ and to ‘seek veterinary advice’ if they were worried about their pet’s health.

Ian added: “At Willows Veterinary Group, we provide care to tens of thousands of dogs throughout Cheshire, North Staffordshire, South Manchester and into the Wirral and this is the first case of Alabama Rot which we have had confirmed in two years.

“While it is absolutely devastating for the owners, the staff involved and very sad for the dog, I think it is important not to panic people and to stress there are lots of nasty diseases out there which, as responsible dog owners, we need to be on our guard against.

“I would liken it to meningitis in humans. You need to be very aware of the condition’s symptoms and how serious it can be but equally be mindful that those symptoms can be indicative of many other things and that cases are rare.

“The best advice is to continue enjoying exercising your dog but always be mindful of certain symptoms which may indicate a nasty disease such as Alabama Rot. These can include lethargy, vomiting and maybe your dog is drinking more than usual.

“With Alabama Rot, the dog will often have skin lesions/ulcers – in the mouth, on the tongue and lower limbs including feet are common place.

“However, the lesions are not always present and in the case we have just dealt with, there were no sign of any lesions at all.”

Cases of Alabama Rot have recently been reported in Derbyshire, Staffordshire and Lancashire.

This latest confirmed case was first admitted to Alsager Vet Centre, part of Willows Veterinary Group, eight days ago and the dog was seen by Head Vet Gill White who immediately admitted the dogs for fluids. Concerned by the dog’s kidney function, Gill acted quickly and referred her within 24 hours to the specialist care of Ian who is one of the main vets at the group’s core site – Willows Veterinary Hospital in Hartford, near Northwich.

Willows Veterinary Group has 25 small animal practices, a referral veterinary hospital, two equine centres and a seven-office farm practice, located across Cheshire, into North Wales, the Wirral and Staffordshire. It is accredited by The Royal College of Veterinary Surgeons.

After four days of intensive treatment for kidney damage at the veterinary hospital, the dog deteriorated very quickly and Ian and the owners made the heart breaking decision that it was best to put the dog to sleep.

Concerned by the dog’s condition and sudden deterioration, Ian and his colleague Lorna Patelaros then sent samples off to a specialist UK centre for analysis and received the news late last night that it was a confirmed case of Alabama Rot.

Ian said: “This dog had led a very happy life and in the months leading up to her falling ill, she had been walked in different areas of the country including London, the Peak District, Wales and in Alsager where the dog was from.

“We do not know what causes the disease although some links have been made to wet, cold woodland conditions and higher numbers recorded in the winter.

“It affects all types of dogs of all ages which therefore makes it a matter of concern for all dog owners.

“But I would reiterate our message at Willows Veterinary Group that we are keen for people not to panic and worry but to continue with their dog’s regular walking routines and contact their vet if they have any concerns at all about their pet’s health or behaviour.”